Congratulations to Ms. Thalmayer and Mr. Zeising for receiving the Young Scientist Award and Best Paper from URSI!

Congratulations to Ms. Thalmayer and Mr. Zeising for receiving the Young Scientist Award and Best Paper from URSI!

All good things come in fours. For the second year in a row, the Institute for Electronics Engineering receives the Young Scientist Award of the “Kleinheubacher Tagung” twice: This time it goes to Angelika Thalmayer and Samuel Zeising (both from Team MEMPS). In addition, Angelika took first place and Samuel third place in the Best Paper Award. 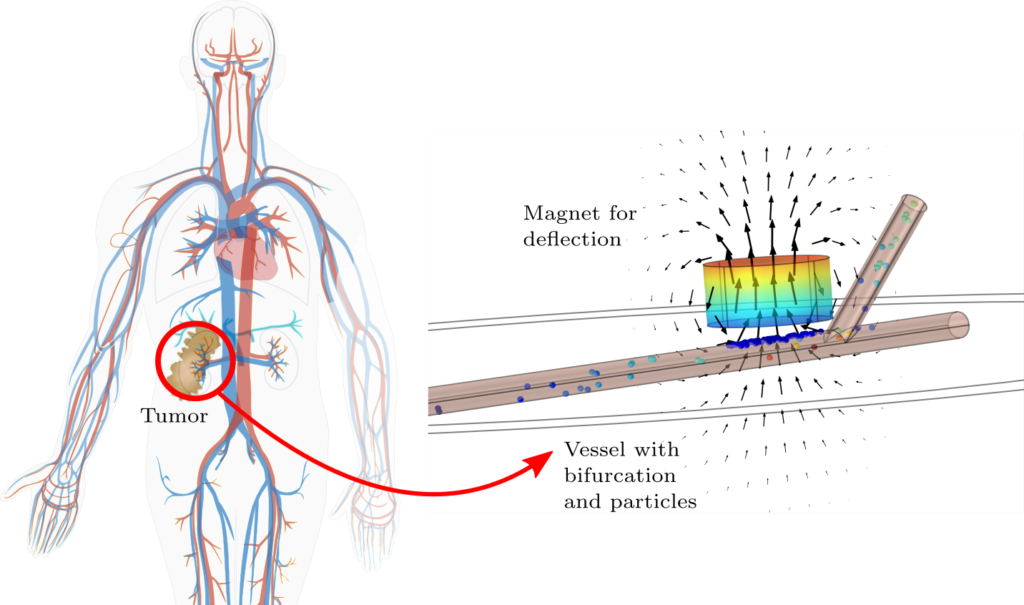 The two award-winning works have one thing in common: magnetism applied to medical technology. Ms. Thalmayer’s research focuses on the control of superparamagnetic nanoparticles (SPIONs), which are used in cancer therapy – a process known as magnetic drug targeting. In this method, the SPIONs, which have an anti-cancer drug bound to them, are injected interarterially and steered through the cardiovascular system into the tumor region with the aid of an external magnetic field. Thus, a locally restricted therapy is made possible. For this purpose, Ms. Thalmayer designed and numerically investigated a linear Halbach array consisting of eight individual magnets to control the SPIONs. The Halbach array has a strong-magnetic side and a weak-magnetic side, which can be interchanged by clever rotation of the individual magnets. The magnetic field of the strong side exerts a large force on the particles. To avoid particle agglomeration under the magnets, the array is rotated. In this context, the forces on the SPIONs were investigated for different rotation angles. Overall, it is shown that the magnetic force and thus the region in which particles can be washed out of a flow channel can be adjusted using permanent magnets. 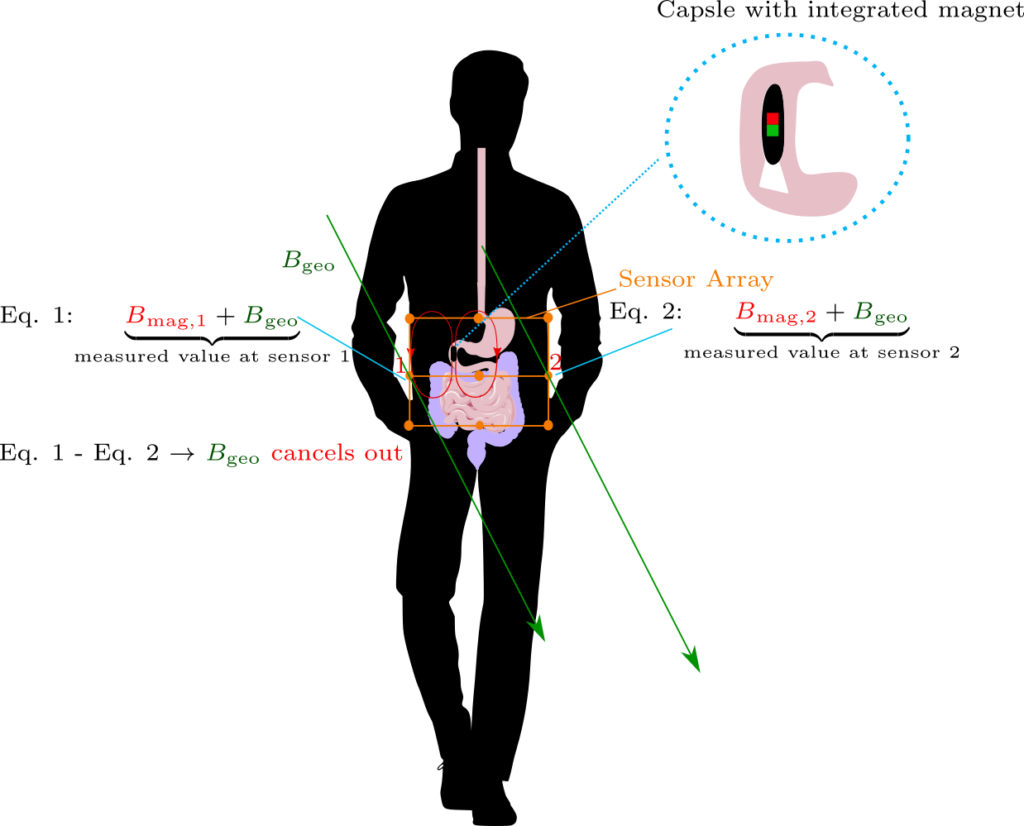 Mr. Zeising has developed a new differential magnetic localization method. Here it is assumed that a small permanent magnet is integrated into a capsule endoscope. The generated magnetic field is measured at the body surface by a sensor array. A superposition with the earth’s magnetic field occurs at the array, which leads to large errors in the localization when no compensation is performed. By calculating the difference between two adjacent sensors of the array, the homogeneous geomagnetic field can be eliminated from the measurements. The corrected measurements can then be used to reconstruct the position and orientation of the capsule. Mr. Zeising verified this method using measurements and tested it in both static and dynamic scenarios. The results significantly surpassed the state-of-the-art in magnetic localization of capsule endoscopes, so his work can be seen as the next step in the development of localization of capsule endoscopes, during the daily life of patients.