In research and teaching, the Institute for Electronics Engineering (LTE) deals with circuit and system techniques for the realization of microelectronic systems for both wireless and wired communication and sensing for a multitude of applications in the areas of mobile radio, radar, automotive technologies, medical systems, sensors, logistics (RFID) and multimedia production (PMSE).

The optimization of the performance and the integration level of circuits and systems for frequencies from DC up to over 300 GHz, the minimization of the current consumption and the fabrication costs, the compliance with standards, regulations, and protocols, and often also the application in harsh environments are major research topics. According to the increasing integration levels (More Moore and More than Moore), LTE also deals with research on proper analog-/digital partitioning of microelectronic systems.

The LTE is engaged in several engineering curricula of the FAU such as EEI, IuK, CME, MECH, MT, and WING on bachelor as well as on master level. Due to its breadth of research, LTE is attractive to many students of different curricula.

The LTE covers most of its research within third-party-granted projects. These are government-funded (DFG, BMBF, BMWi, Free State of Bavaria, etc.) or directly funded by industry. Here, the LTE cooperates with international companies and research institutes active in the semiconductor, automotive, medical, automation, and communications sectors.

The LTE is also a partner in major regional research activities such as the Medical Valley cluster, the Energy Campus Nürnberg project, and the Center for Electronic Systems (LZE).

The LTE is well networked in the relevant engineering community and helps students connect with companies and research institutes for internships and student theses and Ph.D. students to initiate research visits inland or abroad.

LTE’s two professors, Robert Weigel and Georg Fischer, introduce their experience with industry into their research. The LTE is organized within five research groups led by post-docs and senior scientists. LTE has about 70 staff members, about 20% financed by the Bavarian government and 80% by third-party grants, which are between 3 to 5 million Euros per year.

Because of its successful publication activities, including publication at highly renowned conferences and workshops and in high-caliber journals, sometimes decorated with prizes and awards, the LTE is highly visible in the international scientific community.

LTE’s laboratories are well and modernly equipped concerning design, simulation, realization, and experimental characterization of electronic circuits and systems up to over 500 GHz, and in the implementation of algorithms, high-technology processes are used in cooperation with its partners. At LTE, junior scientists, academic new blood, and students find an excellent research environment.

Concerning the exploitation of its research results, a considerable number of patent applications are filed. Moreover, several start-up companies like eesy-ic, dealing with IC design, have been spun off.

The outgoing young doctors and masters are welcome in the industry, many of which can refer to excellent professional careers, and a considerable number of them are meanwhile a professor at a university or a university of applied science. 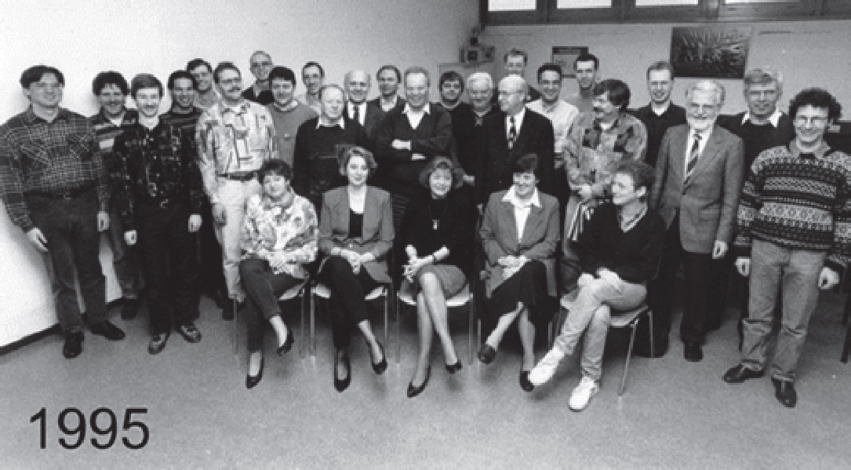 The authors Eberhard Gamm, Christoph Schenk and Ulrich Tietze (from left to right) on the 40th anniversary of the "Tietze/Schenk" in 2009

The employees of LTE in september 2018 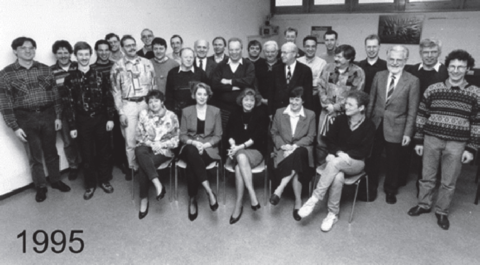